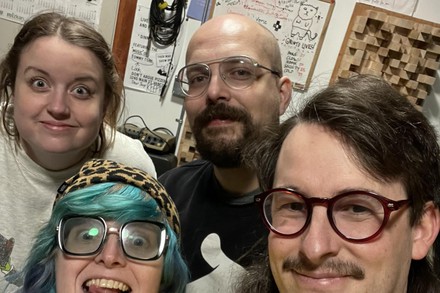 While indie-rock outfit Kerkland Jerks is playing its first Sled Island this year, fans of the fest probably know its members from acts like Tough Age, Chandra, Debt and Mango Reinhardt. Armed with a four-song demo recorded by Jay Arner — including the band’s very own theme song — the band is poised to bring its wry, fuzzy take on indie rock this year.

INTO Kerkland Jerks? CHECK THESE OUT: