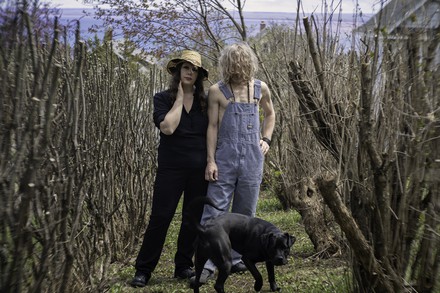 A lot of superlative adjectives get used when describing what it’s like to listen to Low or attend one of the band’s performances. Hypnotic, engrossing, transcendent, explosive — you get it. Except you don’t, unless you’ve experienced it for yourself.

The band’s career began with a three-album run for Virgin’s Vernon Yard imprint that included 1994 debut album I Could Live in Hope. At this time, core members Alan Sparhawk and Mimi Parker began receiving acclaim for the group’s keen ear for dynamics and use of minimalism and harmonies to build an all-consuming sound on its own, subdued terms. (The press would call it “slowcore,” though the band itself is no fan of the term.) Gently strummed guitars and a minimal drum kit were all the band needed to underscore Sparhawk and Parker’s sublime vocals.

Evolutions in sound came gradually, somewhat coinciding with label jumps. The turn of the Millennium was spent at Kranky, where more ambient textures began to creep in, before the band found its (so-far) permanent home at Sub Pop in 2005. It was here that classic albums The Great Destroyer and Drums and Guns were made, works that showed the band could successfully update its sound with lush instrumentation, driving rock elements and electronic experiments.

Most recently, Low has received some of its best reviews to date for the bombed-out electronic dissonance on 2018’s Double Negative and 2021’s HEY WHAT — the latter of which was nominated for a 2021 Grammy. It’s on the victory lap for these transformative works that Low makes its second Sled Island appearance this year, at perhaps the most exciting time to see the band in its history.

INTO Low? CHECK THESE OUT: