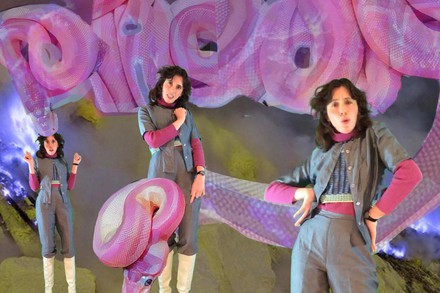 Self described as "a torrential downpour of psycho pop," Daddy, formerly Cat 500, makes experimental electronic music that somehow sounds both like the soundtrack to the early days of the internet, with glitchy, highly compressed, low bitrate thumps, and that of a future where genres have folded in on themselves, through layered, near Alien-like vocals. It's a disorienting cacophony of otherwise familiar sounds that creates one hell of a trip through unknown.

INTO Daddy? CHECK THESE OUT: