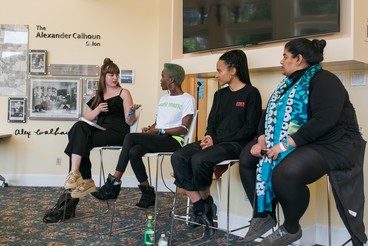 Hip-Hop as a Decolonizing Force

An inherently political medium, hip-hop finds its roots in the "decolonization of local urban space" (Sajnani, Damon. "Hip Hop's Origins as Organic Decolonization.") With a panel of MCs, podcasters and producers from Calgary’s hip-hop scene, this talk will centre on the anti-colonial roots of hip-hop, and how the medium is still used as a form of resistance and decolonization today.